The Revelation of Jesus Christ is the Book of Revealing (apocalypse) of the Power of the Resurrection, Restoration of life, robing of the Redeemed, and the Renewal of the world in the River of Life. That is a mouthful indeed, Hallelujah, He is risen,
Resurrected, risen from the dead. What a truth to ponder. The One who came to live and die that we might be redeemed and restored to new life has been raised from the grave. That means that God has power over life and death. He and we have victory over death if we trust in him. Through the Gospel we are saved, if we hold firmly to the Word as Paul tells us in 1 Corinthians 15. “He was raised on the third day according to the Scriptures, and then he appeared to Peter, and then to the twelve. After that, he appeared to more that 500 of the brothers at the same time…” (1 Cor. 15:4-6). Jesus Christ has been revealed in Scripture.  His plan is to return and take his disciples (Believers) with him to heaven before he destroys and then makes a new world is clear throughout Scripture, in 1 Thessalonians 4:16, and then in Revelation.

Why the revealing? So we may have hope through faith to know the Way the Truth and the Life in that “he who has the Son has life, and he who does not have the Son does not have life.” (1 John 5:12).  He wants us to know that because there is sin in the world and in us that we must become sinless to enter the Kingdom of God. How do we do that? We do that by believing that Jesus is the Son of God and God and “He is the resurrection and the life and that he who believes in him will live even though he dies and that whoever lives and believes in him will never die” (John 11:25). This is because in believing in him, all sin is forgiven and we move from death to life in him.  Oh yes we all will have eternal life, but only through and in him will we have eternal life with God and in heaven. Failing that, we will have eternal life apart from him, that is hell.

Come to the cross where new life comes through death in Christ and to ourselves. The old is gone and the new is come in him. He said, “I am coming soon,” Amen, Come (soon) Lord Jesus” (Maranatha!). Happy Easter. 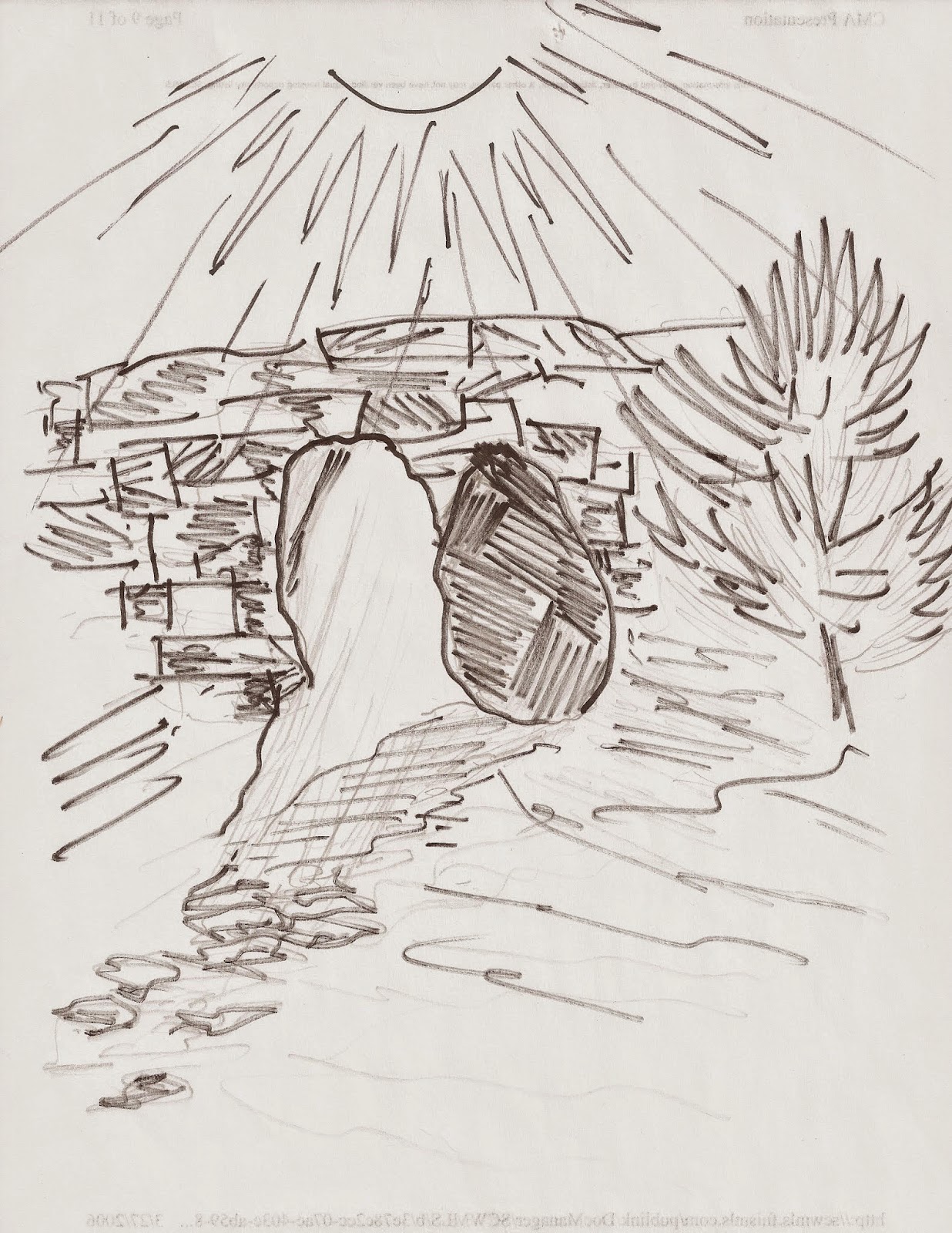 Posted by Frankly Speaking at 9:23 AM