Rainbows are beautiful. They come when the sun shines through the dark of a rain storm cloud. The light shining through the water creates a prism that shines from earth to sky in a bow representing the shape of the sun. Legends tell us that there is a pot of gold at the bottom of a rainbow, but sadly no one has found treasure there. But there is treasure in a rainbow.

God said to Noah after the flood, “this is the sign of the covenant which I make between Me and you, and every living creature that is with you, for perpetual generations. I set My rainbow in the cloud and it shall be the sign of the covenant between Me and the earth. It shall be, when I bring a cloud over the earth, that the rainbow shall be seen in the cloud,; and I will remember My covenant which is between you and Me and every living creature of all flesh that is on the earth” Genesis 9:12-16).

We have all seen rainbows, sometimes doubles or even triples that create ooohs and ahhhs. Most don’t know of the original covenantal reason for the rainbow, but it is a wonderful assurance for life. Another time of rainbows is in Revelation, the last book of the Bible.  Revelation 4 speaks of the throne room of heaven. “And He who sat there was like a jasper and a sardius stone in appearance, and there was a rainbow around the throne, in appearance like an emerald. Later in Revelation 22 when describing the Holy City, John says that “the foundations of the city walls were decorated with every kind of precious stone, jasper (diamond)…sapphire (blue)…chalcedony (pale blue)…emerald (green)…sardonyx (banded)…carnelian (red)…chrysolite (gold)…beryl(bluish-green)…topaz (Yellow), chrysoprase (apple-green)…jacinth (blue)… amethyst (purple)…and gates of pearl…the streets of pure gold, like transparent glass”  (Revelation 21:19-22).  Clearly the description is to indicate a real place more beautiful and precious than we can imagine. The material represent the great diversity of the people who dwell in the city. Moreover, the precious stones reflected light.  It is no coincidence that the precious stones would be the colors of the rainbow, red, orange, yellow, green, blue, indigo and violet.

Ezekiel 1:28 prophetically describes the Throne of God and the brilliant light surrounding it; “The appearance of fire with brightness all around. Like the appearance of a rainbow in a cloud on a rainy day, so was the appearance all around it. This was the appearance of the likeness of the glory of God.”  Rainbows in the beginning and the end and forever more. This is the covenant of God that he will never leave or forsake us. We are his people and the sheep of his pasture.  We will dwell with Him and He with us in the brilliant light of God. We won’t need a sun it says in Revelation, because God is the light and in Him there is no darkness.

So next time you see a rainbow in the sky remember God’s covenant with us forever and ever. AMEN 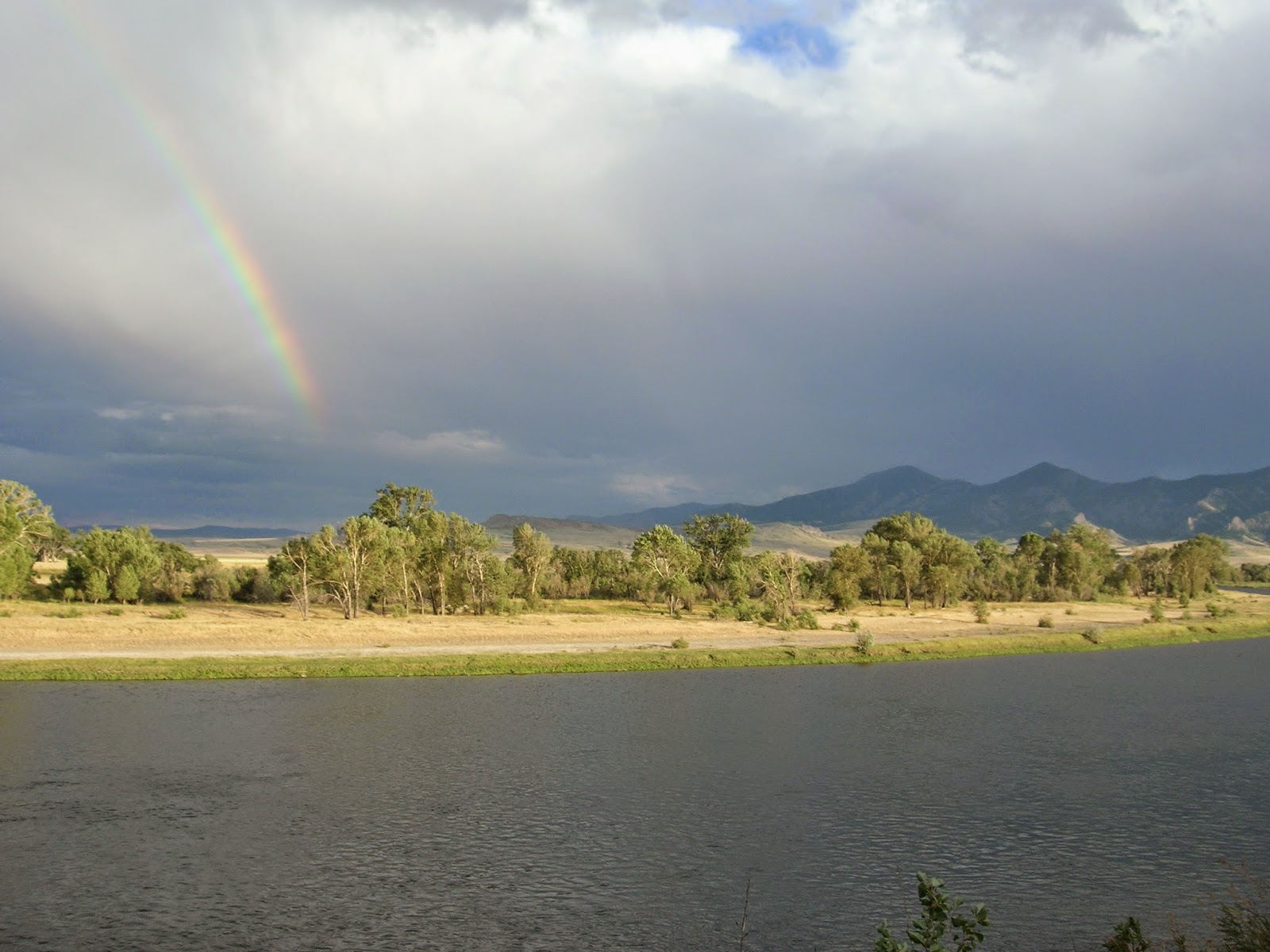 Posted by Frankly Speaking at 4:30 AM