I am becoming increasingly certain that life is meant or is like traveling through the “valley of the shadow of death or darkness” (Psalm 23:4).  David wrote this psalm near the end of his life speaking of how the Lord was guiding and protecting him as he walked through the valley. Here he was told not to fear for God was with him all the way, guiding and protecting him with his rod and staff. The rod also means that he might have had to discipline him with it as well; think Bathsheba. There “the man after God’s own heart,” learned about the trials of life and God’s ever present strength. Perhaps this journey also inspired his writing of the 27th Psalm, “the Lord is my light and my salvation- whom shall I fear? The Lord is the stronghold of my life- of whom shall I be afraid?” (Psalm 27:1). Clearly, God was teaching David and us as well, not to fear for He is near.

As I get older and spend more time around people of wisdom in my hospital ministry as a chaplain, I learn that this “valley theory” of mine has validity. Some would say it is a negative view of life. I understand that thought, as for many years I was a negative person until confronted by my wife. Patients in the hospital speak of life getting harder and harder and how all of life has seemed like a valley. They have also said, and I agree, that we learn primarily in the valleys. Remember that rivers flow and flowers grow in the valleys. As we journey through, we experience difficult trials, but as the Psalmist says, we are walking and we get through, because of God. He wants us to obey and submit to Him to learn the lessons He has for us. If we get out from under the strain, which is our instinct, we will miss the blessings. I ran for more than 40 years. It is only when I have slowed down and sought the Lord in the valleys that I have experienced God’s omnipresence and felt His guiding hand.  Yes there have been bruises and scars and the need for confession and His forgiveness. But I have been learning to stay the course even when it hurts. Discernment has been helping me know when it is unsafe or a bad idea to do something. My old attitude that you have to jump off a cliff to know what it is like is passing, thank God.

In David’s “Song of Praise” in 2 Samuel 22 he said,
“The Lord is my rock, my fortress and my deliverer; my God is my rock, in whom I take refuge, my shield and the horn of my salvation. He is my stronghold, my refuge and my savior…He reached down from on high and took hold of me; he drew me out of deep waters. He rescued me from the powerful enemy…He brought me out into a spacious place, he rescued me because he delighted in me” (2 Samuel 22:1-5, 17)).

Again in Psalm 106 we hear the refrain of “Give thanks to the Lord for he is good, his love endures forever…he rebuked the Red Sea, and it dried up; he led them through the depths as through a desert” (Psalm 106: 1, 9).  Here God is saving the Israelites from the valley of death with the Egyptians and leading miraculously to the Promised Land. But here would be valleys and death along the way. Many of these valleys were made worse by disobedience. Have you experienced this too?  Valley experiences can be deeper and darker as we are not obedient. And I think sometimes we might need to be sent through the same valley again, until we learn our lessons. This last thought may not be Scriptural, but I read that God had to lead the Israelites around and around Mt. Sinai for 40 years until they got it.

I think that Isaiah 22 in speaking of the “Valley of Vision” was telling the wayward Israelites and readers today about Himself. He spoke, “The Lord, the Lord Almighty has a day of tumult and trampling and terror in the Valley of Vision, a day of battering down walls and of crying out to the mountains…your choicest valleys are full of chariots.”  God is challenging them for disobedience, even filling their best, the Kidron Valley, with enemy chariots. One commentator, Warren Wiersbe, taught some important lessons in this Valley Vision, “God is in control of the nations of the world, and He can do with them what He pleases…second, God especially hates the sin of pride…third, God judges the nations for the way they treat each other…Finally, God always gives a word of promise and hope to His people.” 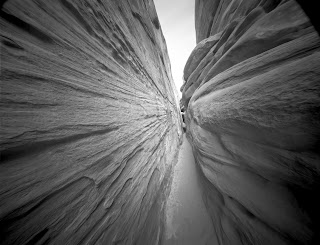 The Prophet Ezekiel spoke when the hand of the Lord was upon him and when the Spirit of the Lord, “set me in the middle of a valley; it was full of dry bones...I saw a great many bones on the floor of the valley, bones that were very dry” (Ezekiel 37:1-3).  God told him that He would come and make a breathe enter the bones and that they would come to life again. Then they would know that I am the Lord, He said.  Ezekiel was commanded to prophesy to the dry bones because these were the whole house of Israel that had lost life.  God did breath in life and He wants to do it for us. Our country has lost God as its center and taken Him out of schools, and almost everything else. The result has been an ever-escalating sinfulness and pridefulness in our nation.
“For the eyes of the LORD run to and fro throughout the whole earth, to give strong support to those whose heart is blameless toward him” (2 Chronicles 16:9).
We need to know that God is alive, He’s not dead and He does rule and will not put up with our individual and collective sin much longer. The Day of the Lord is coming soon. Seek Him while He is still near. Come quickly Jesus.
Posted by Frankly Speaking at 7:01 AM