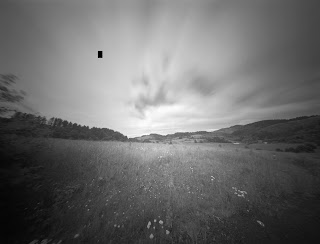 I awoke this morning to the singing birds, the robins and the doves. The melodies in the early dew drew out to see. I took my bike along the river, its bank adorned with flowers. The flocks stood up above the grass, buttercups strewn like gold beneath. The fragrance so sweet I kept on breathing taking in bouquets that were heaven sent. The Honey Suckle seized the day by its pink and yellow perfumes. A dozen purple flowering lilacs lined my cheer filled route, exploding with their essence.  There smell was only equaled by the Lilies of the Valley sending scents of love abounding.

But as I looked into the golden sunrise with wings of pearl ascending, I realized it was God announcing a brand new day for me, alone. How could I speed by the floral display and not see His wide spread artist’s hand. How could I miss the aqua blue  bordering the dawns rising wings. Perhaps the fluffy cirrus clouds had captured my attention, silhouetted in the vivid corral blue sky-sea the background for the mystical painting.

Indeed it was Him so present around me sending fragrance, life and brilliance. Now I could not miss a petal, looking everywhere to settle. The street was absent of any humans to make it noisy and distracting. The Creator of the Universe made the only scene that I saw, in colors, scents and sounds.

The Field, the photograph above taken by my cousin Douglas F. Frank, tells the story of my peace-filled ride through the early dawn recital. The day would stir and so would the world with clangs, clatters and honking horns of trucks and cars making peace much harder to imagine.

So what do we do to quiet the crowd, head toward the silence and the solitude? Make your life simpler and find serenity amongst things not of man but God. Meditate on things unseen and from above. Go find a sanctuary. I think I’ll go to Lake Michigan where the bluff rises high above the moving blues and white waves, with seagulls finding treasure. There I can imagine the Psalmist saying, The Lord reigns, let the earth be glad, let the distant shores rejoice” (Psalm 97:1).
Posted by Frankly Speaking at 6:52 AM