Repairer of The Breach 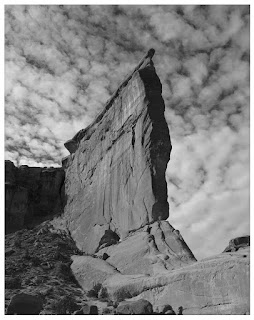 One of my favorite Bible books is Nehemiah. This Cupbearer for King Xerxes was a man of prayer and courage. He knew that the walls, literal and spiritual, of Jerusalem were broken down. Disbelief and exile had contributed to disrepair. He knew that when the ramparts we watch are not gallantly streaming so goes the country, down the drain. “Frankly Speaking,” which is one of my bywords, this country seems to be in rubble in terms of attitude and heart. I have written and will continue to about the sorry state of media angst and darkness that seems to both mask reality and foment discouragement and willingness to be helpful to anyone.   Perhaps this is similar to the state of Israel when Nehemiah asked his king for permission to go on mission on behalf of his people.

Nehemiah prayed fervently and received great favor from a pagan king. He prepared optimistically and was given materials, gold and papers of passage to make his journey. He surveyed, studied and made a dramatic plan. His enthusiasm caused many to rise up out of their stupor and join in. He was a true leader. Then he organized teams and went at it. His teams had good leaders and each man carried tools and swords. He understood that he would have resistance from evil-doers who were getting rich from a fallen nation and discouraged people. He brought teams and men together in body, mind and spirit. That was a key to his success. He was an encourager and courageous.

The wall was rebuilt and the people too. He recruited Levites, Rabbis and the Prophet Ezra to reintroduce the people to God’s Word and His promises. He brought them to repentance and then revival in a Sacred Assembly. All of this was done through a God inspired leader. The next book, Esther, speaks of another Jewish woman who was chosen. “And who knows but that you have come to royal position for such a time as this?” (Esther 4:14). Her courage saved her people from extinction. First Nehemiah and Ezra and then Esther to restore, revitalize and save the people. God wants and expects us to be courageous in times of trial. He wants us to be “Repairers of the Breach” (Isaiah 58:12). God is calling each of us to step forward to be “Rebuilders of broken walls, Restorer of Streets with Dwellings.”  Isaiah is admonishing the people to rebuild spiritually and physically. God is restoring His people, Israel. He is sending a Messiah to save and redeem. He wants us to return to the Word and righteousness. He wants to bring a “cup of warmth,” and “streams in the desert.”  This messianic book speaks of Jesus coming to “bind up the brokenhearted, to proclaim freedom for the captives and release from darkness for the prisoners, to proclaim the year of God’s favor” (Isaiah 61:2,3).  This is about joy and gladness, the splendor of the Lord’s faithfulness to His people. He is bringing a New Heaven and a New Earth prophesied here and again in Revelation. He is also the avenger and will judge and punish those evil ones who will not bow their knee.

So, all this to remind us that God is working and He will vanquish. Rejoice and share the good news with those who are angry and selfish. True, as the Apostle Paul tells us in Romans 12:18, that as hard as we try, there are those who will not be at peace with us. In other words sadly, they will not be at peace with God. So as Luke told of the angels’ announcement of Jesus’s birth, do not be afraid, for I bring you good news of great joy that will be for all the people. Go out and help repair or rebuild the broken walls.
Posted by Frankly Speaking at 7:24 AM