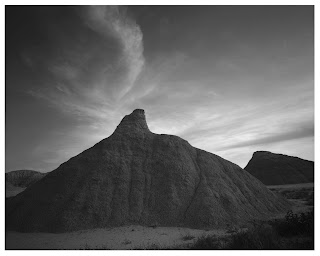 “Look, there on the mountains, the feet of one who brings good news, who proclaims peace!  (Nahum 1:15)

The Book of Nahum the Prophet, meaning “comfort,” nevertheless, is placed in the setting of God’s judgment against Nineveh. Assyrians prided themselves on gruesome punishment inflicted upon conquered peoples. God is slow to anger, but will not leave the guilty unpunished. God’s way is a whirlwind and a storm and the clouds are the dust of His feet. The mountains tremble and the rocks are shattered before Him. “The Lord is good, a refuge in times of trouble. He cares for those who trust in Him, but with an overwhelming flood He will make an end of Nineveh; He will pursue His foes into darkness” (Nahum 1:7-8).

These verses speak of God’s deliverance to His people from Babylonian exile and from sin through the gospel.  And so the Lord crushed the enemy saying, “Nothing can heal your wound”  (Nahum 3:19). The prophet spoke out this destruction in about 700 B.C., which took place in 612 B.C.

Prophet Jonah arose with God’s single prophetic mission for him in 800 BC. Of course we know the story of the Prophets’ running and hiding from the Lord’s desire to bring salvation to such a heathen city as Nineveh. The destruction of the city came later because they apparently fell away from faith. Even though the revival in Nineveh is thought to be the greatest ever, it did not last.

And so perhaps this lesson of history might be for the United States today. We are a unique country founded on the Declaration of Independence in 1776. Interestingly Scottish historian Sir Alex Fraser Tytler (1742-1813) wrote of the average lifespan of civilizations being 200 years and moving through stages:
From bondage to spiritual faith;
from spiritual faith to great courage;
from courage to liberty;
from liberty to abundance;
from abundance to selfishness;
from selfishness to complacency;
from complacency to apathy;
from apathy to dependency;
from dependency back again to bondage.

He wrote of how democracies exist until the electorate realizes that they can vote for themselves largess from the public treasury, which brings destruction. And so perhaps revival in Nineveh brought complacency that ended up in their destruction. Are we going the same way? Are we asking government for all things and forgetting God?

I just read a very thoughtful but scary treatise by Eric Metaxas, If You Can Keep It. It is a view of our Republic’s founding and history.  He wrote that when Benjamin Franklin came out of the Continental Congress, a woman asked, “Dr. Franklin, do we have a monarchy or an republic,” to which he responded, “A republic if we can keep it.” Well, that is a big question as our debt rises and our nation is severely divided on many paradigms of public versus private and government versus the peoples’ responsibility. I believe like Metaxas that we are on the verge of losing our republic, unless there is a revival and a return to our original principals. I recently had such a conversation with a patient at the hospital who was Jewish sage and historian, concluding similarly.

The One who brings good news of peace also requires repentance and turning around both personally and as a nation. God appoints and He deposes people and leaders. He rewards obedience and restores peoples. He also destroys and lays waste to the disobedient. Lessons of History, by Will Durant warns of change saying, “The fear of capitalism has compelled socialism to widen freedom, and the fear of socialism has compelled capitalism to increase equality. East is West and West is East, and soon the twain will meet.”

Another recent book, 12 Simple Solutions to Save America, by Trek Bicycle CEO John Burke, has many great and important solutions. However, it leaves out God, which in my estimation and also that of our Founding President, George Washington, will be fatal. He wrote, “Let us with caution indulge the supposition that morality can be maintained without religion. Reason and experience both forbid us to expect that national morality can prevail in exclusion of religious principle.” We have lost our moral compass as a nation, which can be articulated easily in increased crime, division and desperation of our youth to name a few issues.

The peace that Nahum speaks of comes from praising and seeking the Lord and receiving Salvation by trusting in Him alone. An Arabian proverb puts it this way, “Trust in God, but tie your camel.” It is a time for faith in action. Psalms 121 tells us to look to the mountain, or God for that is where our help comes from. The photograph above shows a stark rock mountain, perhaps of God, with clouds of smoke rising above. I look at this as a signal of the good news of God’s peace if we will return to Him or the burning of our cities if we don’t. Our country needs a revival.

Posted by Frankly Speaking at 2:30 PM