A Theology of Surprise 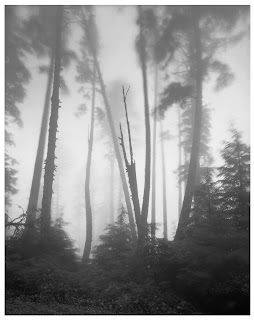 A Theology of Surprise

On Saturday November 11, 2017, I attended the funeral of my former spiritual mentor. In fact, this gentleman, Richard Cobb, preached at my ordination service. He was a former pastor, ordained in the Assemblies of God. He was once a school principal, counselor and founder of the men’s ministry Faithwalkers, based on 1 John 1:7, “If we walk in the light, as He is in the light, we have fellowship with one another, and the blood of Jesus, His Son, purifies us from all sin.” It was an honor to be asked by Richard to lead this group of some 18 churches of men when he took an early retirement. Today it continues to unabashedly teach God’s Word of truth. A decade ago now he invited me to join him in leading the once revered Hillpoint Church that was being boarded up, back into flourishing for the Lord so that the ministry he founded, faithwalkers.org, could meet there again.

At the funeral, the current Faithwalkers leader and eulogizer, Greg Bennett, said how in his last days, Richard, who was known as very controlling, said that God was now doing “surprising and unexpected things.” Isn’t that just like God to not be put in a box and to do immeasurable and abundantly more than we could ask or imagine? Yes, that is my God, who created the universe out of nothing, hung the stars in the sky and laid out the earth, skies, seas and all living creatures. What an awesome God, “The heavens declare the glory of God; the skies proclaim the work of His hands. Day after day they pour forth speech; night after night they display knowledge” (Psalm 19:1-2).

God is superintending the earth and all that is within it for our good and His glory. Let us not make the mistake to underestimate His omnipotence, omnipresence, and omniscience. He is immanant or close by all who call upon His name. He has sent His Holy Spirit, the Counselor, Comforter, Convictor and Guide to be with and live within every believer in His Son, Savior and Lord Jesus Christ. He hears all of our prayers, and intercedes on our behalf. James, Jesus’ brother said, “Every good and perfect gift is from above, coming down from the Father of heavenly lights, who does not change like shifting shadows” (James 1:17).

The entirety of the Old and New Testaments of the Bible tells the story of our God in three persons, Father, Son and Holy Spirit, who was and is and is to come. He came and created, He continues to progressively create and He will return to make the “New heavens and the new earth.”  No one knows the day or time, not even the Son. But we read in 1 Thessalonians 4:16-18, “For the Lord Himself will come down from heaven, with a loud command, with the voice of the archangel and with the trumpet call of God, and the dead in Christ will rise first. After that, we who are still alive and are left will be caught up with them in the clouds to meet the Lord in the air. And so we will be with the Lord forever. Therefore encourage each other with these words” This is the so-called “Rapture” and it will soon come without warning, in the blink of an eye. God does not preannounce His intensions, coming or His wondrous acts. He does what He wants when He wants. But Holy Scripture tells us who He is and what He has and will do, as we trust in Him or not.

To God there are no surprises, but He is a “God of Surprises.” Perhaps His greatest surprise was and is His sending of His Son, Jesus Christ to earth to live and die and show us the way. Who was Jesus?
“The Son is the image of the invisible God, the firstborn over all creation.  For in him all things were created: things in heaven and on earth, visible and invisible, whether thrones or powers or rulers or authorities; all things have been created through him and for him.  He is before all things, and in him all things hold together. And he is the head of the body, the church; he is the beginning and the firstborn from among the dead, so that in everything he might have the supremacy. For God was pleased to have all his fullness dwell in him, and through him to reconcile to himself all things, whether things on earth or things in heaven, by making peace through his blood, shed on the cross”  (Colossians 1:15-20). He is my everything, my center.

God is not surprised by events unfolding, but we are continually in awe at the mysteries of life and God. Yet Jesus said to His disciples, “Dear friends, do not be surprised at the fiery ordeal that has come on you to test you, as though something strange were happening to you” (1 Peter 4:12). They thought that life might be special and pleasurable when they became Christians, but life had become much harder. The world loves material things, wealth, power and control, the opposite of the generous and unselfish life in Christ. So Jesus needed to tell them again, “Do not be surprised, my brothers and sisters, if the world hates you”  (1 John 3:13). Yet in the twinkling of an eye God will soon take His children into paradise away from this sinful world to a heaven full of surprises. Then He will come and bring tribulation and judgment to those who would not bend their knee to the “God of Surprise.”

I for one am at peace with a “God of Surprise,” whose mysterious powers and presence bring peace and problems to His people.  I have been surprised daily at God’s goodness and grace to others and me in our sinful and selfish behavior. God’s surprising patience with His creation is beyond our understanding. We should not be surprised at the unexpected because it is His way. He has unexpectedly healed me six times of near death experiences. We are to simply to, “Walk in it.” (Isaiah 30:21b). Surprise!

Posted by Frankly Speaking at 3:52 PM