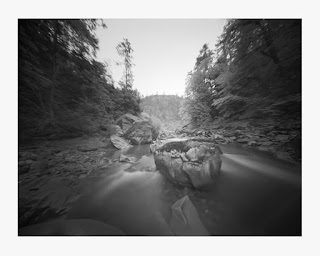 Are there many rocks or boulders blocking your way? Are they a hindrance to you? Perhaps you are looking at these rocks or problems the wrong way. Maybe they are stepping stones or places where you can stand firm in the torrents or floods of life.

“He lifted me out of the slimy pit, out of the mud and mire; he set my feet on a rock and gave me a firm place to stand” (Psalm 40:2 NIV).  He, speaking of God lifting him out of the pit, setting his feet on a rock and a solid place.  This is a major theme of the Bible, that God, the Rock is the firm place to stand, there is no other. The Rock is not just an inanimate object but a living and dynamic force which directs our life or steps as the New International Version (NIV) describes,
“He also brought me up out of a horrible pit, out of the miry clay, and set my feet upon a rock, and established my steps” (Psalm 40:2 NKJV). This verse from a psalm of David declares that for him the rock became the new place of life after the slimy pit or troubles of many kinds. We know from reading Scripture that David had many troubles, some caused by his own sin, some by others. But God was his helper and much more. In fact if we trace the Psalms characterization of God we will see Him to be much more for David and by extension us. The above photo, entitled “River Boulder” was taken by my cousin Douglas F. Frank, a landscape artist.  He created a series of boulder photos that I will utilize as images for a series of essays that I am entitling, “The Rock Essays.” Each will demonstrate different characteristics of God.

This photo of a boulder in the middle of a creek gives a mystical quality to the water image. The use of a pinhole, extended exposure, softens the fast moving stream. I especially appreciate this effect as it causes a pause in the frame, in order to help concentrate on the boulder. It also recalls to me a very important moment in the history of Israel when the rushing waters of the Jordan River blocked their way forward toward the Promised Land.
“So when the people broke camp to cross the Jordan, the priests carrying the ark of the covenant went ahead of them.  Now the Jordan is at flood stage all during harvest. Yet as soon as the priests who carried the ark reached the Jordan and their feet touched the water’s edge, the water from upstream stopped flowing. It piled up in a heap a great distance away, at a town called Adam in the vicinity of Zarethan, while the water flowing down to the Sea of the Arabah (that is, the Dead Sea) was completely cut off. So the people crossed over opposite Jericho.  The priests who carried the ark of the covenant of the Lord stopped in the middle of the Jordan and stood on dry ground, while all Israel passed by until the whole nation had completed the crossing on dry ground” (Joshua 3:14-17).

This story of faith demonstrates God’s response to our faith. The dramatic stopping of the water can be viewed in the “River Boulder” photo in the mystic pausing of the stream. It appears as if you could walk across the creek like the Israelites did to safety.

Rivers do not always stop for us. I recall a near catastrophic incident while in the Yukon Territory on “Dead Man’s Creek” in spring runoff. My traveling friend went first and successfully forded the creek. However, my fortunes took me down into the torrent and almost tragic end as I slipped on a rock. God does allow troubles in our lives and wants us to be alert and prepared for the devil prowls around looking for someone to drown in the rapids of life.

God wants us to stand firm on Him, the Rock of our salvation. He wants to save us out of the runoff of life, if we are willing. Sometimes He uses the rapid currents to bring us closer to Him. Sometimes He quiets the waters and makes us to lie down   Psalm 23 of David says, “He makes me to lie down in green pastures and leads me beside the still waters. He restores my soul.”  This image of the restoring power of still waters that calm our spirits is a vital one of abundant life. Apart from this refreshment and restoration of our souls we will lose strength and power. We need a foundation that is strong and unchanging like a boulder or Rock to stand upon. Some 29 times in the Psalms alone the writer speaks of God as Rock, the restorer of our spirit and health and much more. God the Rock allows us to stand firm in the storms of life, above the waves or even in them.

Posted by Frankly Speaking at 4:30 AM