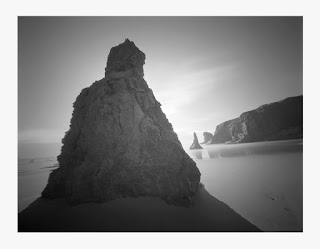 Communications
Isolation is becoming endemic in our culture. We seem to be communicating via electronic means whenever possible. It is quick and painless, except when our server goes down or some other malfunction occurs. Back in the days of cave dwellers people communicated more simply with words like, “Don’t throw that rock at me.” (2000-Year Old Man, Carl Reiner and Mel Brooks, 1967). Yes, frustration in communications has been around a long time. Having peace with difficult people has been an issue at least since biblical times. Wars, starvation and slavery were and still are everywhere; envy and deceit, anger and rage were and continue to be common responses to others with whom we disagree.

The Apostle Paul frequently referenced the issue saying, “Get rid of all bitterness, rage and anger, brawling and slander, along with every form of malice”  (Ephesians 4:31). Instead he also admonished us, “Be kind and compassionate to one another, forgiving each other, just as in Christ God forgave you” (Ephesians 4:32).  The Apostle dealt with angry and envious people wherever he went, even those who wanted to kill him for preaching God’s truth. People are insecure and selfish. They want what they want and will destroy anyone standing in their way, even with what sound like kind words. It is just our way, unless we have been changed or by being “transformed by the renewing of our mind. Then you will be able to test and approve what God’s will is-His good, pleasing and perfect will”  (Romans 12:2).  In fact Paul dealt with this theme frequently, even when addressing the Romans saying, “If it is possible, as far as it depends upon you, live at peace with everyone” (Romans 12:18). Get it, sometimes, sadly, it is just not possible.

So, what does this discussion of mankind’s troubles with each other look like? Notice in the pinhole photo taken on the Oregon coast by my cousin Douglas F. Frank, there seem to be two rocks or perhaps people standing a long way from each other. They don’t seem to be talking. There is a vast beach and waters between. Perhaps they are praying? Whatever, there is a silence.

In People are Dying to Be Heard, a book on communications, particularly listening,  author and friend Ben Merens speaks about “Just Talk’n.”  That is the name of a radio show he hosts on RiverWest Radio in Milwaukee. I have had the privilege of being his guest several times to talk about communications of major issues in our culture. We have talked about listening, gratitude, the end of things and suffering to name a few topics. Dealing with the difficult has been a thread throughout. Our next topic is about finding refreshment or restoration and revitalization in this dark culture of complaining and anger. You may say that is a negative view of life. It isn’t mine now; it used to be. I now spend my days seeking God’s help to rise above it.

I deal with difficult communications in my calling, hospital chaplaincy. Sadly, it is often poor communications between chaplains, not just patients and their families that make the work challenging. Is it stress and poor coping mechanisms that causes unhealthy responses? Yes, I’m sure that is part of it. Is it a lack of gratitude? Indeed, that is a major player. Is it grief? Perhaps mourning, as loss and suffering are major threads through all of our lives.

Choosing to respond to our pain and problems with thanksgiving and prayer are keys to our flourishing in such a culture of darkness. Taking the high road like Nehemiah in the Bible where, “The joy of the Lord is my strength” (Nehemiah 8:10), is a key coping mechanism. Seeking the Lord while He may be found is essential for joyful and purposeful living. Failing that ends in nothing. Yes, God said, “Abide in me and your will bare much fruit, apart from me you are nothing” (John 15:5).

We can stand alone like the rock statues in the photo above or be changed, not by the culture, but in spite of it to stand as the Psalmist saying, “In His presence is fullness of joy, at His right hand pleasures forever more” (Psalm 16:11). Choose joy and peace, for all things are possible through Him who gives us strength.
Posted by Frankly Speaking at 4:30 AM